More Hilarious Mitch Hedberg quotes to use as your Facebook Status updates... 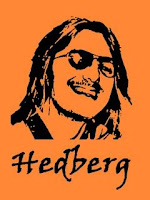 ____ doesn't have a girlfriend. But I do know a woman who'd be mad at me for saying that.
____ and then at the end of the letter I like to write "P.S. - this is what part of the alphabet would look like if Q and R were eliminated."
____ My roommate says, "I'm going to take a shower and shave, does anyone need to use the bathroom?" It's like some weird quiz where he reveals the answer first.
____ On a traffic light yellow means yield, and green means go. On a banana, it's just the opposite, yellow means go ahead, green means stop, and red means, where'd you get that banana?
____ wishes I could play little league now. I'd be way better than before.
____ My sister wanted to be an actress, but she never made it. She does live in a trailer. She got half way. She's an actress, she just never gets called to the set.