Some more hilarious and awesome Facebook Status updates for your viewing pleasure. 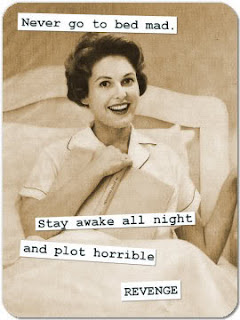 Bad day/Annoyed with everyone:
____ has an adorable new hobby. I make dolls of people I hate and stick pins in them.
PG-13/Ego:
____ thinks that life's a bitch. My bitch.
On not getting enough vacation:
____ is depressed because the closest thing I get to a vacation is google maps.
Random status update about Mick Jagger:
____ for an alarmingly long time, I thought it was "McJagger."
Stress:
____ Stress is when you wake up screaming & you realize you haven't fallen asleep yet.
Sarcastic:
____ thinks you should know I take my sarcasm very seriously.
Quote of the day:
"There is only one difference between a madman and me. The madman thinks he is sane. I know I am mad." (Salvador Dali)