Status updates about drinking and/or being drunk, just in time for St. Patrick's Day! 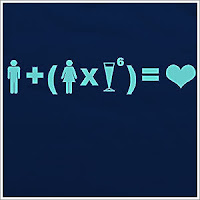 ____ If we were really supposed to give up alcohol for Lent, they wouldn't have put St. Patrick's Day in the middle of it.
____ If you find a four-leaf clover it means you have entirely too much time on your hands.
____ saw a leprechaun once. After enough green beers you begin to see all kinds of things.
____ just figured out how the Irish Jig got started. Too much to drink and not enough restrooms!
____ is not remotely sober. Nor am I sober up close.
____ Work would be so much more fun with booze. As would most things.
____ is not under the alkafluence of inkahol that some thinkle peep I am.
____ is so drunk that if Dracula bit my neck right now, he'd get a Bloody Mary.
____ "The early bird gets the worm." Helloooooo tequila!!
____ has seen the future, specifically, St. Patrick's Day. I looked drunk.
____ Many things can be preserved in alcohol. DIGNITY is not one of them.
____ You'd think as drunk as I got last night that I wouldn't be in a bar again tonight. You'd think.
____ Corned Beef+Booze > Medicine+Rest
____ doesn't call it drinking alone. I call it partying with my fantasy baseball team.
____ thinks it's about time to switch from beer to Gatorade.

____ Sure, drinking kills brain cells, but only the weak ones.
____ Dear beer, You hurt me. Again.
____ Whiskey: Official Beverage of the FML.
____ just heard that there's new device that can turn thoughts into speech. I have had that for years, it's called alcohol.
____ thinks my life is becoming a very complicated drinking game.


FYI: I grace my Facebook Fan page with a new update daily. Click HERE to become a Fan on Facebook! Want to share a funny Facebook status update? Send me an email at mystatusisbaddest@yahoo.com. I will publish those that my twisted mind enjoys...