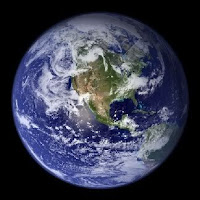 ____ In honor of Earth day, I'm sending all of my work-related emails to my “recycle” folder. I do what I can.
____ wants to wish everyone a Happy Earth Day (as if we had another planetary option).
____ on this Earth Day, may the Forest be with you...
____ plans to celebrate Earth Day by doing absolutely nothing.
____ thinks Earth is my favorite of all the planets in which humans live.
____ How do we know the Earth was born on April 22nd? (Tim Siedell)
____ thinks that being unemployed has really helped to lower my carbon footprint.
____ Dear Earth, I hope you're enjoying your stupid DAY. Sincerely, Pluto.

FYI: I grace my Facebook Fan page with a new update daily. Click HERE to become a Fan on Facebook! Want to share a funny Facebook status update? Send me an email at mystatusisbaddest@yahoo.com. I will publish those that my twisted mind enjoys.