Bad day:
____ Beer, you and me. In the kitchen. Now.
Getting things done / kids:
____ thinks there are three ways to get something done. Do it yourself, hire someone to do it, or forbid your kids to do it.
Yeah, so?
____ isn't that impressed that hula dancers can tell a story with their hands. I can tell a story with one finger.
Priorities at work:
____ is now home from what would have been a hard day had I done any work. (Animal Father)
____ thinks work is becoming a nice little break from Facebook.

____ is at the park. Unless you're my boss, in which case, I'm at work.
FYI: I grace my Facebook Fan page with a new update daily. Click HERE to become a Fan on Facebook! Want to share a funny Facebook status update? Send me an email at mystatusisbaddest@yahoo.com. I will publish those that my twisted mind enjoys. 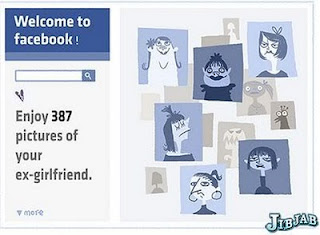