____ was going to use my initiative, but no one told me to.
Right and Wrong:
____ knows right from wrong. Wrong is the fun one. (Traci Jones)
Drinking:
____ Tonight's Facebook Status update is brought to you by the letters "B" and "eer".
Caffeine:
____ My blood type this morning is Coffee Positive.
To do lists:
____ To DO: ☑ Get groceries, ☑ Lay around, ☑ Eat stuff, ☑ Be Awesome.
B.S.
____ wants to thank you for trying to blow smoke up my ass, but I'm afraid it's at maximum capacity.
Leadership:

____ thinks that if you want to be a leader with a large following, just obey the speed limit on a long, winding, two-lane road.
FYI: I grace my Facebook Fan page with a new update daily. Click HERE to become a Fan on Facebook! Want to share a funny, clever or witty Facebook status update? Do you have a funny one-liner you'd like to share? Send me an email at mystatusisbaddest@yahoo.com. I will publish those that my twisted mind enjoys. 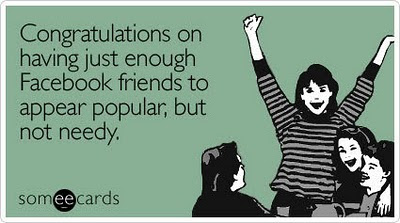