____ thinks that Operation "Gain As Much Weight As Humanly Possible While On Vacation" is right on schedule so far.
____ is starting my vacation today. If anyone needs me, I'll be sober again sometime next week.
____ Here's a little tip to make your summer vacation days seem longer. Go camping.
____ thinks the only thing I'm "taking for the team" is a vacation.
____ ☼ I ♥ Summer! ☼
____ Summer: the time of year when parents realize just how grossly underpaid teachers actually are.
____ would love to discuss joining a summer athletic league as long as it doesn't result in us actually having to join a summer athletic league.
____ well, it's day two of vacation and my first drink of the day is a plan B colada.
____ You know what would make this margarita better? Cancun.
____ Week: a unit of time that seems much shorter on a vacation than on a diet. 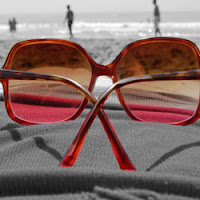