Annoying people:
____ is wondering why the phrase, "It's none of my business" must always be followed by, "but"?
Restraint:
____ thinks everything is funnier when you aren't allowed to laugh.
Disappointment:
____ Not only am I not drunk, but this tape doesn't taste ANYTHING like scotch.
Birthdays:
____ Before Facebook, I never realized so many people had birthdays.
Facebook status update about Facebook:
____ got here late today and all the good Facebook Status updates were already taken.
Random thought:
____ Thinks that if I was a zookeeper, I wouldn't even bother putting anything in the chameleon exhibit.
Listening skills:
____ wants you to know that you have my undivided, continuous, partial attention. 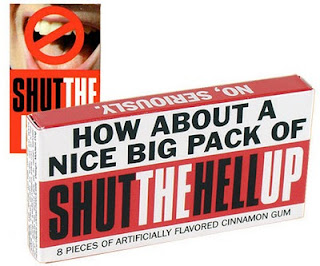