Knowledge is power:
____ thinks that there has been an alarming increase in the number of things I know nothing about.
____ is wondering why life keeps teaching me lessons I have no desire to learn?
Optimism:
____ would be a terrible optimist.
When Facebook is broken:
____ thinks that if I have to endure another day where Facebook doesn't work and is constantly disappointing me, I might have to start dating it.
Sarcasm:
____ just LOVES it when people are overly sarcastic. No, really, it's great! Thanks a bunch!
The future:
____ thinks that someday we'll look back on all of this and blame someone else.

FYI: I grace my Facebook Fan page with a new update daily. Click HERE to become a Fan on Facebook! Want to share a funny, clever or witty Facebook status update? Do you have a funny one-liner you'd like to share? Send me an email at mystatusisbaddest@yahoo.com. Come back tomorrow for status updates sent BY MY READERS. Thanks for stopping by! 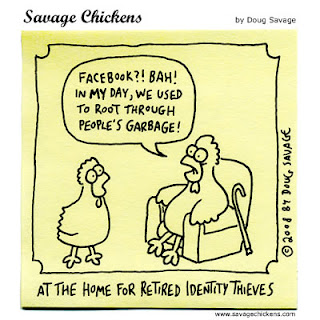