What am I thankful for? My readers are the best! Here are some of my favorite reader-submitted status updates:

____ is dedicating this status update to all the statusless people out there. Stay strong. (thanks, Nate Combs!)
____ has a new philosophy to foster peace and harmony in the universe: GIVE ME WHAT I WANT WHEN I WANT IT. (thanks, Nathan Smith!)
_____ thinks that about 50 years from now, tombstones will read: "Beloved wife, mother, sister, daughter...and Facebook friend" (thanks, Katie Grainger!)
____ wonders how we really know that hard work never killed anybody, when the only reliable witness may be dead? (thanks, Angela S!)
____ thinks that teaching your own mother how to use Facebook is like willingly signing your own death warrant. (thanks, Alexandra Bingham!)
____ "The best revenge is a life well-lived" is so true, but it doesn't provide the instant gratification I seek. (thanks, Joseph Perez)
____ thinks that my inability to use emoticons correctly is really getting me down :) (thanks, Jenni Wilson!)
____ knows that two wrongs don't make a right, but I'm determined to find out just how many wrongs will. (thanks, Jase Doe!)
____ sees your passive-aggressive sarcasm, and I'll raise you, one finger. (thanks, Mary McClure!)
____ would like to inform everyone that Helen Waite is now in charge of all rush orders. If you are in a hurry, just go to Helen Waite. (thanks, Kelly Kern!)
____ bets the road to hell looks just like a Walmart parking lot.(thanks, Kim Staggs!)
____ can't really remember, but I think my life must have been a lot more productive before I discovered Facebook... (thanks, Angela Coe!)

Are you a fan of my blog? Clearly, you have excellent taste! Do you pride yourself on writing unique Facebook status updates of your own? Send them to me at mystatusisbaddest@yahoo.com and if I like them, I'll publish them and give you credit. As always, thanks for reading!

Booze:
____ Some things time cannot erase. That's why alcohol exists. (from my Facebook Fan Page)
____ If a tree fell in the woods and knocked over my beer, I'd be pissed whether I heard it or not.
Bad day?
____ is living the dream! Unfortunately, I think it's the bad one where I come to school with no pants on.
Growing up (or not):
____ The older I get, the more I desperately cling to my immaturity.
Other drivers:
____ Driving schools: Failing to teach people how to properly merge since the beginning of time. (from my Facebook Fan Page)
Whiners:
____ the people who complain about the way the ball bounces usually dropped it.
Words of wisdom:
____ Always use tasteful words because you may have to eat them.
Work:
____ Nothing ruins a perfectly pleasant day like going to work. (from my Facebook Fan Page)
Boring day?
____ thinks that the most fearless thing I did today was take a sip of my coffee without checking to see if it was too hot.

Facebook Status updates about WORK:
____ Do you know that feeling when you have a lot of work to do and you don't know where to start? That's why I'm on Facebook.
____ They say that hard work never killed anybody but I'm hoping my boss will be the first. (from my Facebook Fan Page)
____ Raise your hand if you would add your boss as a Facebook friend. Now with the other hand slap yourself in the face. (thanks, Keith Wells!)
Sarcastic Facebook Status update:
____ What a good morning!* *Facebook status update may or may not contain BS.
Feeling unappreciated?
____ thinks that worst feeling in the world is when you are in the middle of a good story and realize no one is listening to you.
____ It's becoming very clear that I'm getting the "Winner of Nothing" award for 2010.
Friendship:
____ If your friends aren't making fun of you, they're not really your friends. (from my Facebook Fan Page)
Insomnia:
____ is lying here unable to sleep, thinking about tomorrow when I'll be lying here unable to wake up.
Deep thought:
____ wishes God hadn't hidden all of my talents so well. (from my Facebook Fan Page) 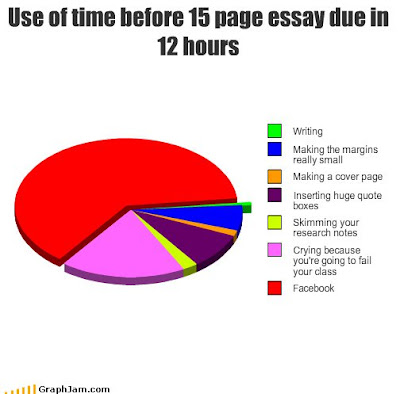 Procrastination:
____ was planning to do something today, but I haven't finished doing nothing from yesterday.
Stupidity:
____ Learning from your own mistakes is the biggest mistake you can make. Carefully observe the stupidity of others and learn from theirs instead.
Facebook Status update about Facebook:
____ Not to name names, but I know some of you update your status from your phone so as not to appear a complete shut-in who hasn't left the house. -Sent from my iPhone
Bad day?
____ hates when reality stomps its filthy feet all over my happy place.
Apathy:
____ If being apathetic is wrong, then I don’t care.
Blame:
____ Sometimes I realize that I *am* the problem but it feels better to blame you people.
____ thinks that talking louder does not make you any less wrong. (from my Facebook FAN PAGE)