Facebook status updates about Facebook:
____ sometimes thinks that Facebook should change the status question from "What's on your mind?" to "What's your problem today?" (from my FACEBOOK PAGE)
_____ was so much more productive hundreds of Facebook Status updates ago.
_____ if people were as nice to each other in real life as they were in Facebook comments, think how different the world would be.
____ Facebook is just daycare for grown-ups. (from my FACEBOOK PAGE)
____ If you play the game Angry Birds, you aren't allowed to complain about what a waste of time Facebook is.
Facebook status update about Facebook + Drinking:
____ Sorry, everyone, it looks like my Facebook account was hacked by vodka last night... (from my FACEBOOK PAGE)
Losing stuff:
____ If they made a remote control to find remote controls, I'd lose that too.
Ironic spelling lesson:
____ thinks that it's no coincidence that there are no z's in insomnia.
Nostalgia:
____ One thing I miss about childhood is being able to throw a snowball at someone's head without the authorities getting involved. (from my FACEBOOK PAGE)

Do you think a well-crafted Facebook status update is a work of art? I do. Do I think you should share my website with your friends so that they, too, can improve their Facebook experiences and possibly their lives? Of course. Do you want to share a status update with me? Send me an email at mystatusisbaddest@yahoo.com. Thanks for stopping by!

Social Networking:
____ had social networking when I was a kid, too. I think back then it was called "outside." (from my FACEBOOK PAGE)
Bad month?
____ feels bad for the month of January. As soon as I touched it, it was ruined.
Aging:
____ You know you're getting old when people start telling you how young you look.
Money (or lack thereof):
____ needs to have a fixed income. Mine is broken.
Random thought:
____ When I see people outside, smoking in freezing temperatures, it makes me wonder what else I can get them to do. (from my FACEBOOK PAGE)
Blame:
____ doesn't accept blame well, but it's not my fault.
Drinking/drunk:
____ time flies when you're having beer.
Dieting sucks:
____ If I ever find out who keeps shrinking my pants, I'm going to strangle them. Then I'm going to steal all of their candy. 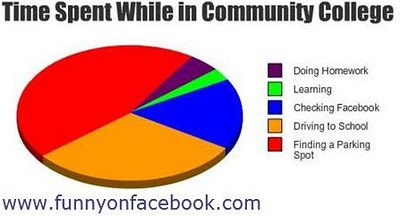 Compliments:
____ If you're in the mood for endless compliments, just ask your significant other if they notice anything different about you.
Status update about work:
____ The difference between me and a workaholic is that I work considerably less.
Drinking:
____ People who say I'm hard to shop for don't know where to buy beer.
Grammar:
____ The spell czech on my computer has never failed me.
____ Just remember, kids: Illiteracy kils.
Not a morning person?
____ wishes that I could make it illegal for anyone to wake up before 6 am.
Stupid questions:
____ hates being asked if I've had any "past experience." Is there any other kind?
Getting Older:
____ thinks that lying about my age is easier now that I sometimes forget what it is.
Getting into trouble:
____ keeps trying to avoid trouble but I think it likes me :(

Facebook status updates about work:
____ wishes that my computer would crash and erase all of the work I didn’t do this morning.
____ works well with others as long as they leave me the hell alone.
____ It's incredibly difficult to make myself look this busy.
Optimism:
____ is not a pessimist, I'm just optimistic that bad things are going to happen.
Facebook status update about school:
____ The only way I'm going to pass this test is if I eat it first.
Insomnia:
____ is lying here unable to sleep, thinking about tomorrow when I'll be lying here unable to wake up.
Stupid people:
____ Why do people that know the least, know it the loudest?
Facebook status update about Facebook:
____ has a whole lot of nothing to say today. If it weren't for Facebook, I might not have an outlet for that.
Drunken play on words:
____ when lemons hand you life, you're drunk.
Mistakes:
____ It's too bad that we aren't supposed to repeat our mistakes. I'm so good at them.

Growing up:
____ We never really grow up, we only learn how to act in public.
____ is beginning to think that this whole "being an adult" thing is not as fun as I had envisioned as a child, except for the alcohol part.
Facebook status update about Facebook:
____ You can steal my status updates if you like, but I lick every single one before I post them.
Insomnia:
____ can't sleep because I just can't stop wondering what is wrong with people.
Random thought:
____ The world would be a lot more fun if people screamed whenever they yawned.
Cleaning:
____ If you need time alone, announce that it's time to clean the house.

The following four status updates were sent to me by Cynthia Davis:
____ thinks that the best nicknames are the ones people don't know they have.
____ When grown-ups tell kids they have a lot of energy, they really mean that they're being annoying little bastards.
____ Scrabble sucks when it's not your turn.
____ the responsibility of taking out the trash usually falls to the person who runs out of ways to fit more garbage into the bag. (thanks, Cynthia!)

____ proposes a toast to all my friends who are still with me in 2011. To those who unfriended me in 2010... you can kiss my glass. (thanks, Joseph Lauria!)
____ The last time I felt this hungover it was a Saturday in early January. I remember it like it was yesterday. (thanks, Paul G.!)
____ There are no bad ideas in brainstorming, only unworkable ideas from management that you'll waste months developing.(thanks, Chris Downs!)
____ If fifteen years of using the Internet has taught me anything, I certainly can't remember what it is. (thanks, Barry Gilbert!)
____ It's so cold outside that my New Year's resolution froze to death. (thanks, Rob Foster!)
____ knows that you don't understand but thinks it's cute that you're trying. (thanks, Earl Potter!)
____ wonders why dogs run to the door when someone knocks? It's never for them. (thanks, Shaun Raphael!)

Do you have a funny status update you'd like to share with the world (or, at least, the people of the world that read this particular blog)? Do you have a hilarious quote or one-liner that worked for you as a Facebook Status update? Please, don't be selfish, people! Send them to me at mystatusisbaddest@yahoo.com. While you're at it, why don't you go ahead and stroke my ego become a "Fan" on Facebook HERE. Thanks for reading!