Secrets:
____ I have a confession to make... I'm not going to make it, but I have one.
Being nosy:
____ is an expert at squinting my eyes and acting like I'm looking at something behind the person who has caught me staring at them.
????:
____ is having the worst first date ever!!!! I'm going to throw out this package and never eat dates again :(
Technology:
____ People can stop saying "all one word" when they tell someone their email address now. The internet has been around for awhile. We get it.


Regret:
____ likes to slip "I'm sorry" into almost every conversation, just in case.
Bad Day?
____ may look calm, but in my head I'm screaming at the top of my lungs.
Drinking?
____ Cannot drink enough to make today make sense.
Jerks:
‎____ "Before you diagnose yourself with depression or low self-esteem, first make sure you are not, in fact, just surrounded by a**holes." -William Gibson
____ When I say I "agree to disagree", what I mean is: "You seem to have gotten your head stuck up your ass, but I'm done talking about it now."

I post a new status update on my FACEBOOK FAN PAGE every day! Not good enough for you? My readers post hilarious stuff all day and night. I don't like to tell people what to do, but you should become a FAN. This instant. I mean it. 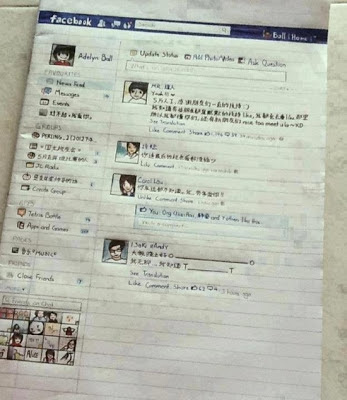