A MY STATUS IS BADDEST TRIBUTE TO DONNY NORRIS:

I cannot imagine my FAN PAGE without DONNY NORRIS.  His Southern charm is unmistakable, his status updates are some of the most clever and unique I've ever seen, and, though I've never met him in person, I feel like I know him. His ability to write hilarious status updates from real-life experiences is his superpower! Thank you, Donny, for sharing so much of yourself, in such an amusing and priceless way. This blog and my Fan Page wouldn't be the same without you!

If you have read and enjoyed Donny's status updates, let him know in the comment section below the link to this post on my FAN PAGE. We do this for the "likes" people! And now...a few of my Donny Norris favorites: 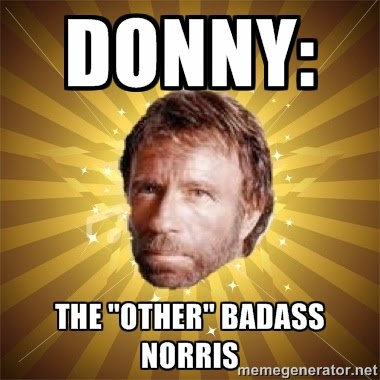