____ I gave blood for the local blood drive today. Someone's blood alcohol level is going UP! (Mustache Mann)
____ These birds I have for sale are just flying off the shelves. (Lisa James)
____ I dont have an iPhone. I can barely afford aPhone (Mys ter E)
____ You know those little music boxes with the ballerina on top? You know when it's just sitting there and you didn't wind it up or nothing? You know when the little ballerina's back is turned to you? You know when the music box plays three sour notes just out of the blue and the little ballerina twists around to face you? Yeah, that's scary as hell. (Donny Norris)
____ I wish making friends didn't involve talking to strangers. (King Julien)
____ I was just totally swept off my feet by this guy at the bar. Well, not my feet exactly, but this bar stool. Ok, maybe not swept per se, but...Alright, fine! I fell off the bar stool while he was watching. Happy now? (Mya Sisnice)
____ The total confusion exhibited at four-way stops makes me wonder how much longer we'll be at the top of the food chain. (Sean Shipley)
____ Some dyslexic people don't know their bowels from their elbows. (Adam Apple)
____ It's okay when Daisy Duck walks around in high heels and with no pants on but when I do it people are all "this is a church, young lady." (Wendy Pickering)
____ There is a fine line between a sleepover and just drinking way too much at someone else's house. (Eric Caro)
____ How do you say, "YOU'RE A DOUCHE-BAG" in YOUR language? Asking for a friend*.
*everyone that knows you. (Mustache Mann)
____ Okay guys, seriously, thats enough. Let's all agree to stop drawing on Lil Wayne while he's passed out drunk. (Gary Hensley)
____ This status would have been original but I had to copy and paste the word "original" because my dumass can't spel. (Rick Gilstrap)
____ If you see me out somewhere and act like you didn't, you should know that I ignored you first. (MY STATUS IS BADDEST)
____ I am about to dig up that time capsule I buried as a kid. Can't wait to see how much my puppy grew! (Susan Evon Cross)
____ I always look around the bar to see what level of women are there before I decide what level of drunk I have to become. (Todd Landon Wildig)
____ Just sitting here at Wal-Mart watching the pajama convention. (Ime Anass)
____ Of all of the things I miss the most, my wife says the toilet is the most annoying. (Mys ter E)
____ People with no talent/skills have really got it made. No one's ever asking them to help out with anything. (Stacy Kaetterhenry Fournier)
____ Putting icy hot on the door handles of the bathroom stalls makes for an interesting day. (Dave Murawski)
____ I added some bath salts to my weed and now I want to munchie your face off. (Lisa James)
____ Freaks come out at night. I should know. I went out last night. (Stephanie Manera)
____ Just got a stain on my shirt but it's ok because life is meaningless. (Adam Apple)
____ I think it's really strange how some people talk to their animals, give them personalities and make up voices for them. My dog, Steve, agrees with me. (Hollywood Allan)
____ I love all of you on this page, except for those who don't have pet unicorns. (Manish Bhardwaj)
____ I've always wanted to be around when someone says pandemonium is breaking out because I love pandas. (Jack Olivar) 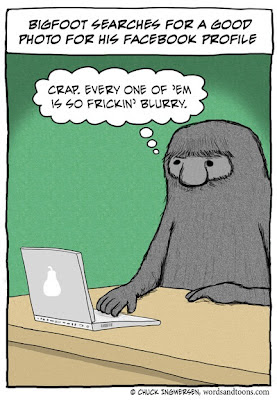