45 FUNNY STATUS UPDATES FROM MY READERS:

____ I made a salad with red wine vinaigrette only I left out the vinegar and the oil and ok it's just lettuce with wine all over it. Anyhoo, I'm drunk. (MY STATUS IS BADDEST)
____ If I had a kid I'd name him Marbles. That way when I eventually misplaced him and I tell people I lost my Marbles, they'd think I was being funny instead of being a neglectful father. (Jack Olivar)
____ Dijon found himself spread upon a bed lettuce atop a thin slice of turkey breast...enveloped by steamy buns...garnished with a sweet, sweet pickle... ~Excerpt from my new book "50 SHADES OF GREY POUPON." (Donny Norris)
____ I always feel sorry for the person behind me at the bottle return line (Dave Murawski)
____ Yes it may sound childish but if it glows in the dark I still get freaking exited. (King Julien)
____ My refrigerator stopped running. Quick, give me some kids phone numbers! (Lisa James)
____ I wrote a status about unemployment earlier, but didn't post it. It needs some work. (Jack Olivar)
____ This strip mall isn't at all what I thought it was. Well, this is embarrassing. :( (Jack Wagon)
____ The old man was so drunk last night that when he walked across the dance floor to go the the restroom, he won a dance contest. (Quirky Sally)
____ Days when my underwear matches my outfit make me feel like I've really got it together. (Liz Barrand)
____ I don't like selfish people. I saw this guy pushing like 50 carts at Wal-mart last night. Really!? You think someone else might want one?! (Stacy Kaetterhenry Fournier)
____ If you're looking for the wrong answers, you have come to the right place. (GoldRobo Dancer Guy)
____ Every so often, I try to fornicate a large word into conversation, even if I'm not sure what it means. (Gary Hensley)
____ I just found human hairs in my McDonald's burger. When did they start using natural ingredients? (Daniel Kilonzo)
____ Working in a crematorium is a sure-fire way to urn a living. (Jack Wagon)
____ My job at the nonstick bakeware factory isn't panning out. (Lisa James)
____ Goodmorning fellow friends. Today we're going to talk about Creativity. You see, creativity is...umm hold on a sec. Google is still loading. (Daniel Ngwane)
____ I hate people who can't make up their minds. I love them. (Chesty La Rue)
____ If I'm ever in jail my one call is going to be to the Koolaid guy. (Matt Procella)
____ Look up in the sky...It's a bird! It's a plane! No, it's a...oh wait...it's a plane. (King Julien)
____ My nickname at work is "Why do you work here?" (Eric Caro)
____ Got my new Ghetto Book: 50 Shades of Cray Cray. Its just a picture book with women bitching. (Lisa James)
____ When I was little, I remember falling asleep on the sofa and waking up in bed. Now that I'm older, I find myself passing out on the sofa and waking up on the floor.(Hollywood Allan)
____ Time heals all wounds...unless it's infected or gangrene or something then time makes it worse. (Jack Olivar)
____ I'm listening to Slayer while doing dishes for 8 dollars an hour. I don't think there really needs to be a suicide note. (Matt Procella)
____ i just rocked down to Electric avenue, and then I took it higher. I am now awaiting further instructions. (Brad Smith)
____ I love it when my daughter says "Daddy, Daddy! I went potty all by myself! But then hate it when she holds out her hand and says "See!?" :( (Jack Wagon)
____ Guess who's got an amazing sense of direction? That's right ─────> (GoldRobo Dancer Guy)
____ I'm a kleptomaniac. It's ok though, I'm taking something for it. (Rajat Behl)
____ My son needed a Bone Marrow transplant & we found a perfect match in Argentina. The operation took place & was a great success. My thanks go out to Diego, Marrow Donor. (King Julien)
____ I'm done poking you guys. I just can't handle the abandonment when I poke and you disappear. :( (Toni Daniels)
____ This morning I was speaking with President Obama over the phone telling him how much I love to make up stories to post on MSIB. (King Julien)
____ Listen up people, don't ever let anyone push you around. Unless you are in a wagon, because that is fun as hell...especially drunk. (Jack Olivar)
____ What if you took a drug in another reality, and this whole life is the high? (Chesty La Rue)
____ I just got a Booty Call from Life. Apparently it still wants to keep screwing me. (Enrico Hartzenberg)
____ I have so much sand in my ass from the beach I have already made four little fartcastles on the floor. (Todd Landon Wildig)
____ Jeez, drive into the hood with a tow truck and everyone runs to their cars. (Dave Murawski)
____ What a rip-off! I picked up a book called 101 Mating Positions. It turned out to be a book on chess. (King Julien)
____ I changed all the clocks to 5:00 and my boss is still a douche.(Lisa James)
____ Shaved head, pierced tongue and bisexual at 11 years old? I think it's time for Willow Smith to move with her auntie and uncle in Bel Air. (Tico Bethea)
____ My Neighbor doesn't think it's funny that I put his name on the sex offenders list and then put a trail of skittles from the park to his door. (Connie Day)
____ I was doing shadow puppets for my kid on my porch. All of a sudden five thugs beat the living crap out of me. Aparently the double crocodile is a bad gang sign. (Todd Landon Wildig)
____ "Siri...find my weed!" (Toni Daniels)
____ It's a shame that stupidity can't be converted into a usable energy source.(Hollywood Allan) 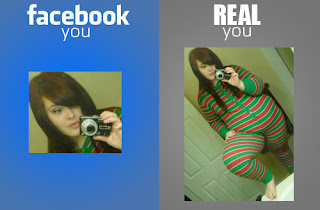