My readers started preparing the Halloween Facebook Status updates early this year! I will continue to add to this list as they are posted on my FACEBOOK FAN PAGE. Thanks to all who contribute!


____ Halloween is the one and only time of the year that I don't judge what people look like at Walmart. (Jack Wagon)
____ A pinata is NOT a good idea for a Halloween costume. (Tom Guntorius)
____ Last time I went "trick or treating" for Halloween, I got so high beforehand that I just stood on my own porch ringing the doorbell all night. (Jack Wagon)
____ Some folks say if you go into a Halloween store late at night, you can see the ghosts of the Blockbuster employees who used to work there. (Javier Spartikus Malave)
____ Halloween is the one time a year when you confuse your kids by having them accept candy from strangers. (Just Sage)
____ I don't wait for Halloween. I'm scary all year round. (Shabana Essack)
____ I had an awesome idea for decorating my yard for Halloween this year, but the county morgue said they couldn't release the bodies. (Beau Diggity)
____ If you think about it, Halloween isn't really that different than any other day, everyone's still pretending to be something they're not. (Connie Day)
____ Bet there'll be a lot of "ladies" waking up in the morning smelling of Vodka, face paint and regret... (Chesty La Rue, on the day after Halloween)
____ I was fired from my job as a meteorologist. Apparently it wasn't funny to dress up as a zombie on Halloween and just repeated say "Rainsssss, Rainsssss". (Jack Olivar)
____ Fun thing to do this Halloween...Insist on smelling their feet. (Donny Norris)
____ This year for Halloween, I will be dressed up as an ear of corn, saying something witty to someone in an insulting manner. It'll be A-MAIZE-ZING! (Dow Jones)
____ Almost time to get me a bag of assorted candy. Last year I got mine from Batman. Superhero my ass. He wasn't as tall as I expected...and he cried like a little kid. (Mark Andrews)
____ I think I'm going to pass out sticky notes with my best MSIB status updates to the kids for Halloween this year. (Javier Spartikus Malave)
____ For Halloween I am going to write "life" on a plain white t-shirt and offer lemons to strangers. (Ben Iz Bshop)
____ Halloween Costume idea: A zombie in a YOLO t-shirt. (Eric Caro)
____ My Halloween Milkshake brings all the boys and ghouls to the yard. (Jodi Ann)
____ You can get a lot of great Halloween costume ideas by watching the game show "Lets make a Deal". (Stephanie Manera)
____ Wanted: 20 good-looking women for elaborate Kama Sutra Halloween costume. Send photos. (Danny Coleiro)
____ For Halloween I'm going to dress up as Maury Povich, visit the hospital delivery room, and tell the guy he is not the father. (Tom Guntorius)
____ I'm going as a gong for Halloween. Maybe then I will finally get a chick to bang me. (Dow Jones)
____ This year for Halloween I will be passing out little 5 hour energy bottles. You're welcome. (Miguel Munoz)
____ I've given out the same candy for over 5 Halloweens now. It's a Jolly Rancher... on a string. (Donny Norris)
____ I bet that guy who offers free candy out of his van HATES Halloween. (Charles Fincher)
____ For Halloween, I think I will go as Scooby Doo and take off people's masks. (Richard Earle Crown)
____ This is a Halloween status. (Shafique Khatri)
____ This Halloween, I've decided to dress up as the scariest, most sadistic, angry, evil, heartless, remorseless monster I could think of. I'm going as my ex-wife. (Sean Shipley)
____ Every year it saddens me to see the staggering amount of toothless pumpkins and their deteriorating addiction to meth after Halloween. (Jack Wagon)
____ For Halloween this year I'm gonna wear an eye patch, a parrot on my shoulder and pee on all the teenagers...I'll be Aaargh Kelly. (Jack Olivar)
____ If this double chin doesn't count as a Halloween costume I am screwed. (Richard Earle Crown)
____ As Halloween approaches, I like to hang out at the grocery store and give the stink eye to people who buy anything but chocolate to hand out. (Sharon Anastasia Beaverhousen)
____ Step 1) give apples for Halloween. Step 2) wait for teenagers to T.P. your house. Step 3) collect T.P. from tree. I don't have to buy T.P. for the next 6 months. (Mo Ron)
____ This year for Halloween, I will be giving out Tide pods...tastes just like candy! (Laura L Carbonneau)
____ 6 bags of candy and not a single trick-or-treater. On a side note, can you die from a chocolate overdose? Asking for a friend... (Stacy Fournier)
____ I just put the "Boo" in "Booze"! Happy Halloween MSIB Family! (Jack Wagon)
____ This Halloween I'm gonna turn the lights off and pretend I'm not in. I don't give a damn, ships. My lighthouse...my rules. (Shafique Khatri)
____ "What do you mean they weren't real vampires? They all died when I rammed a stake through their hearts and beheaded them, didn't they?" - Me, every bloody Halloween. (Danny Coleiro)
____ I'm ashamed of this but one Halloween I handed out bouillon cubes. Ha! Joking. I'm not ashamed, it was hilarious. (Donny Norris)
____ I have a great costume idea to scare people on Halloween. My birthday suit. (Manish Bhardwaj) 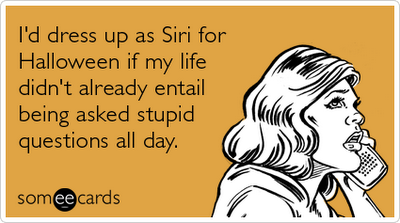