Need a few more Facebook status updates about the New Year? Check out my FACEBOOK FAN PAGE today to see what my smart-ass readers have to say about it.

____ I've decided to raise the bar for my New Year's resolutions. This one is too short to lean against while drinking. (Mustache Mann)
____ My New Year's resolution is to get so smashed I black out for the cab ride home, puke on my neighbors porch and wake up in bed with strangers. Same as last years. (Chasity Myers)
____ Ever notice that the douchebag who says "See you next year!" on New Years Eve is always someone you wouldn't mind not seeing for the entire year? (Quirky Sally)
____ A New Year’s resolution is something that goes in one Year and out the other. (Veronica Stone)
____ My biggest accomplishment in 2012 is writing "accomplishment" without typos. (Adam Apple)
___ My probation officer just called to see if I wanted to go party with her on New Years Eve...I smell a trap. (Tom Guntorius)
____ The lady at the liquor store just wished me a Merry Christmas and Happy New Year. It's like, come on, you know you will see me at least 4 more times before then. (Sean Kylen)
____ My New Year's resolution is to stop talking to those people who keep asking me about my New Year's resolution. (Shafique Khatri)
____ I don't do New Years Resolutions. I do New Years Reservations. First I pick a restaurant. Then I'm like, hope this year doesn't suck. (Lisa James)
____ I bid ye all a Happy New Year and thank ye for the last 365 days of mirth, merriment and hilarity. (Danny Coleiro)
____ New Years Resolution: Don't stick tongue in toaster. (Todd Landon Wildig)
____ My New year's resolution is to beat the hell out of anyone who makes a New year's Resolution. (GoldRobo Dancer Guy)
____ Well, now that all this Christmas love happiness and charitable crap is over, down to the important things...like what hooker dress to wear for New Year's eve. (Chesty La Rue)
____ Happy New Year, everyone! (I stole this status) (Kim Stewart)

Some of you got a little sentimental about our FAN PAGE, and it made me happy:

____ Happy New Year to the person behind the scenes of MSIB and to all who take center stage on a daily basis and keep me laughing constantly. You remind me that no matter how shitty life can be at times, laughter is a cure-all. And a special thank you to beer, I couldn't have done it without you. Happy New Year! (Bob Brittain)
____ It's been a great year for the MSIB fan page. I've met so many new amazing, funny, witty, and genuinely awesome people this year. So, as I'm going to be getting blasted this evening, a huge part of it is going to because of this room, and the awesome people I've met. Cheers! (Mike Seriously)
____ If I have to thank 1 person for making 2012 way better for me It will have to be the person behind MSIB for being the link to you people. You know who you are...love you. (Adam Apple)
____ Happy New Year to those who make me laugh every day when I've needed it most. This page & the people on it are a gift :) (Liz Barrand) 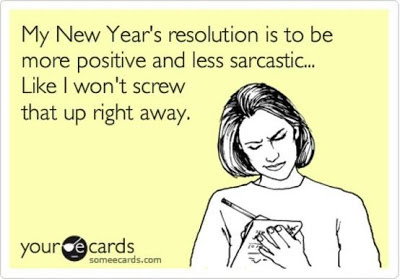