NEW, FUNNY FACEBOOK STATUS UPDATES? WE HAVE THEM. PLENTY OF THEM. 115 OF THEM, TO BE EXACT.

If you have visited my FACEBOOK FAN PAGE in the last two weeks, you may have seen a few of these hilarious status updates, shared by my readers, listed in order of "likes" they received. As always, I thank all of you for sharing your wit.

____ The first rule of condescending club is really kinda complex and I don't think you'd understand it even if I explained it to you. (Jack Olivar)
____ Me: Well, I'm hot blooded, check it and see. I got a fever of a hundred and three...
911 Operator: Did u call earlier about having a bad case of loving me?
Me: Maybe
911 Operator: Sir...please stop (Jack Olivar)
____ I woke up late. - obamas fault. I stubbed my toe - obamas fault. I hit a squirrel - obamas fault. I have indigestion - obamas fault. I hate you - obamas fault. (Lisa James)
____ Had a good workout at the gym today. 50 reps on the bench press. Working my way up to actually putting weights on the bar. (Bob MuppetMan Brittain)
____ ...so then I said, "What gives YOU the right to judge ME?" And then he gets all, "Order in the court!" and starts pounding his gavel down... (Sharon Anastasia Beaverhousen)
____ Marriage is basically just 99% replying to each other with... "I don't care, what do you want for dinner?" (Jack Wagon)
____ Waterfalls are a beautiful, majestic sight as they pour down upon the rocky crags below. Unless you're in a canoe and about to plummet to your death. Then waterfalls sorta suck. (Bob MuppetMan Brittain)
____ Saw someone try and park a car for about 10 minutes. I didn’t see the person so I’m not going to assume what gender she was. (Karanbir Singh Tinna)
____ The guy who invented, "Take Your Child To Work Day," probably forgot to drop his kid off at school on his way to work. (John Geiger)
____ My wife: “What’s Facebook like?” Me: “It’s amazing.” Her: “OK, I’ll join.” Me: “Oh look, Facebook just shut down forever. That’s too bad.” (Karanbir Singh Tinna)
____ Wow.. I didn't know spandex could hold that much. (Toni Daniels)
____ America was not shut down properly. Would you like to restart America in safe mode? (Recommended) (Kara Felice)
____ I would never take a bullet for anyone, because taking something that's not yours is called stealing and stealing is just plain wrong. (Gary Hensley)
____ Personally I think that every political Facebook status should start with, "First of all, I have no idea what I'm talking about." ...(Shauna Richards)
____ Bread is so lazy. All it does is loaf around. I'll leave now. (Stacy Fournier)
____ If I ever win the lottery, the first thing I'm going to buy is a pot to piss in. I've always wanted one of those. (Gary Hensley)
____ Call me crazy, but I don't think I really need to be in this mental institution. (Stacy Fournier)
____ I danced like no one was watching but someone was watching, thought I was having a seizure & called an ambulance. (Billy Guy)
____ Every time this status gets a 'Like' a member of Congress gets kicked in the groin. (Javier Spartikus Malave)
____ No, Ignorance isn't bliss. It's just a fancy word for stupid. (Lisa Brooks)
____ If you love her...let her go...*Grandma wanders into traffic* (Eric Caro)
____ Government shut down my ass, I never even noticed they were open. (Captain Jerk)
____ If I learned anything from my children, it's that it is always OK to do something stupid, as long as someone DARED you to do it. (Stacy Fournier)
____ No stupid people were harmed in the making of this status, I came up with this shite all by myself. (Chesty La Rue)
____ Marriage. When dating goes too far. (Olivia May)
____ I'm going to have to delete some relatives on account of their serious ass comments on my amazingly hilarious ass statuses. #buzzkill (Nawknee Kuuipo K)
____ "Hey man, got any pot?" - homeless plants (Lisa Brooks) 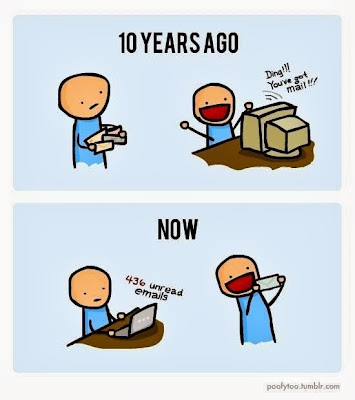