You want more Facebook Status updates about life? I'll bet you do! I'd like a train that goes around my house like Ricky Schroder had in Silver Spoons, but has that happened yet? Nooooo. Still, I don't give up. I continue to seek wisdom from wise people. For example:

____ By the time you say "I don't want to make things weird", you already have. (SamGirl Sunday)
____ My life has become a constant journey of trying to be left the hell alone. (Mike Seriously)
____ The best things in life can't be seen or touched. At least, that's what the restraining order says. (Shabana Essack)
____ Just got a stain on my shirt but it's ok because life is meaningless. (Adam Apple)
____ The best things in life are free. Stealing is awesome. (Stacy Fournier)
____ If you read your timeline backwards it is about a person who hates everything and gradually becomes happier until they get a life. (Matt Procella)
____ I'm happy, you guys. Life is good. [takes meds] (Richard Earle Crown)
____ Live your life how you want, but remember that you're doing everything wrong if someone on the internet says so. (Egg Head)
____ Easy way to kill me: Dangle a spider from my rearview mirror while I'm driving. (Lisa James)
____ You only live once, so don't forget to spend 16 hours every day on the internet, desperately searching for the validation of strangers. (Liz Barrand)
____ Never use the towels in my bathroom to dry your face...trust me. (Toni Daniels)
____ If you walk a mile in my shoes, you'll end up at the bar. (Mustache Mann)
____ One of the most important things in life is perserverance. Hang on...perseveren...no, perserveer...pesever… ah, f*ck it. (Danny Coleiro)
____ Life is too short to write a edit a status with grammar error! Comment on it with asterisk. People "like" you (Albie Edd)
____ Always crush and snort your first pill on the pharmacy counter to make sure they're not passing you some fake stuff. (Tom Guntorius)
____ If my life had a soundtrack it would be the sound of a rusty gate slowly closing and then falling off its hinges onto a bunch of ugly cats. (Mike Seriously)
____ If you're "just sayin", then just shut the hell up. (Chesty La Rue)
____ Sometimes I like to do amazing nice things for crappy, ungrateful people, because it pisses them off. (Jack Wagon)
____ Life's short. Drink fast. (Lisa James) 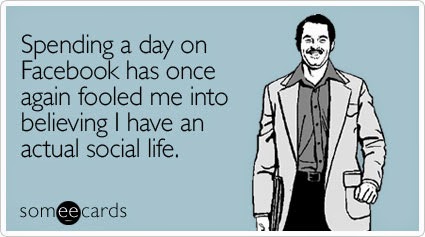 ____ I've been preparing for the zombie apocalypse my whole life by ordering my steaks rare and being completely dead inside. (Jennifer Warren)
____ Life is never more confusing than when three people get together to order one pizza. (Matt Procella)
____ Life is all about knowing how long to wait before liking someone's new status so they don't find out that you're stalking them. (Gerti Kola)
____ Experience is a wonderful thing. It enables you to recognize a mistake when you make it again. (Mike Seriously)
____ Scratching off a lotto ticket before you leave the store is a good way of letting people know that your life isn't going according to plan. (Toni Daniels)
____ Yesterday I had to screw in a light bulb . Later, I crossed a road and walked into a bar. My life is a joke. (Karanbir Singh Tinna)
____ Life can be unpredictable. Sometimes I don't even know where my next notification is coming from. (GoldRobo Dancer Guy)
____ If you're unhappy about the way things are going in your life, do something about it. Or, open a Facebook account and tell us all about it. (Stacy Fournier)
____ I used to have a life. Then some idiot came along and said "Why don’t you make a Facebook account? It's fun". (Billy Guy)
____ Before I wash my socks, I just throw one in the trash. (Jack Wagon)
____ The most amazing thing about the internet is how it allows you, with the click of a few buttons, to do absolutely nothing with your life. (Sean Shipley)
____ I always wonder what things went horribly wrong in someone's life that led them to buy a hotdog at 7-11. (Javier Spartikus Malave)
____ Life is like a case of beer...don't ask me how, but I really like beer so it must be. (Mustache Mann)
____ I think I speak for everyone here when I say "I haven't the slightest idea as to where my life is headed" (Gary Hensley)
____ If you love something, set it free. Maybe not dogs with rabies though. Or killer bees. Or pretty much any domesticated animal into the wild. Lots of stuff really. Look, the point is don't love anything. (Rob Bowen)

Ahem (clears throat). Hi. After months of enduring technical glitches in the software I use to compile Facebook status updates, I'm back. Perhaps you thought I no longer cared about My Status Is Baddest. Maybe, you thought I ran off with the circus only to face constant humiliation by a cruel group of elephants and a baby Jaguar named Alfonzo. Alfonzo, if you're reading this (and I know you are), you should know that you are a jerk.

Anyhoo, I haven't called or written or posted in three months. You've every right to doubt my commitment to the virtual relationship we have. But, baby...(looks deep into your eyes), I love you. I've...always loved you. Forgive me. I shall prove my love with a few of the best, most hilarious Facebook Status updates from my FACEBOOK FAN PAGE this year.

____ I'm nude here. Can someone show me around? (Miguel Munoz)
____ I want to know what horrific ideas were rejected before they decided "Vagisil" was the best possible brand name. (Mike Seriously)
____ went from being "in a relationship" to "why are the dishes piling up?" (Mustache Mann)
____ I'll look back embarrassingly on old posts and think about how stupid and childish I was 2 days ago. (Karanbir Singh Tinna)
____ Does anyone know how to get red wine stains off a baby's forehead? Asking for a friend. (Stacy Fournier)
____ I made a chicken salad today. The little bastard didn't even eat it. (Trish Gilbo)
____ I snorted a few lines of Centrum Silver and now I've got the urge to drive 25mph in the left lane with my right turn signal on all night. (Steven Nibur)
____ I'm going door to door to promote my new gym. Its called "Jehovah's Fitness". (Karanbir Singh Tinna)
____ I scared the hell out of my postman today by going to the door completely naked......I'm not sure what scared him more, my naked body or the fact that I knew where he lived. (Trish Gilbo)
____ If I was a woman, I'd never leave the house. Unless, of course, I was finished cleaning and had permission. (Mike Seriously)
____ Sorry if my status keeps repeating as you scroll down your newsfeed. I'm still using my old cd player, and it skips. (Mustache Mann)
____ I'll never forget the first time I saw a dry erase board, "Wow" I thought, "that's remarkable" (Gary Hensley)
____ Well, well, well. Guess who the grocery store clerk asked to come back soon? (Karanbir Singh Tinna)
____ BRING ME THE HEADS OF MY ENEMIES!!! Or some cupcakes...Whichever. (Gary Hensley)
____ Maybe if we all email the U.S. Constitution to each other the NSA will read it. (Bobby Januchowski)
____ My girlfriend wants to get married. I hope she finds a nice guy. (Chris P. Bacon)
____ My ex was so obsessed with horoscopes, I finally had to leave. I guess you could say it Taurus apart. (Jack Olivar)
____ "Yeah." "Okay." "Love you too." ~ Three hour conversation with my mom. (Jack Wagon)
____ 1. Write hilarious post. 2. Laugh uncontrollably. 3. Post on MSIB. 4. Three likes. 5. Die alone. (Karanbir Singh Tinna)
____ My scars tell a story. A story about a guy who's really f*cking clumsy. (Mike Seriously)
____ If you've ever wondered why an animal is stupid enough to run into oncoming traffic on the highway, then you've obviously never been married. (Stacy Fournier)
____ I was gonna party like it was 1999 but rats got into my cassette collection :/ (Donny Norris)
____ I lost a very close friend recently. He got his finger caught in a wedding ring. (Sean Shipley)
____ What do we want? An end to auto-correct errors! When do we want it? Cow! Sow! Bow! Tow! Duck this! (Trish Gilbo)
____ Don't get me wrong, this Chinese take-out is amazing. But I'll be damned if they expect me to believe a chicken fried this rice. (Bobby Januchowski)
____ So does screaming at my son in Chuck E. Cheese because he won't share his game tokens with me make me an evil person? Just kidding! I have no clue whose kid this is. (Steven Nibur)
____ I've decided to get rid of my bad habits...just as soon as equally satisfying good habits become available. (Gary Hensley)
____ Relationship status: Runs alone at night in hopes of being abducted. (Victoria Beaver)
____ ''Well, Well, Well.'' -I don't know, someone counting Wells ?? (Fifi La Rue)
____ Just accidentally shoveled the sidewalk all the way to the bar again. (Jack Wagon)
____ I hate it when TV shows say they contain "adult situations" but then don't show anyone going to work, paying their bills or cleaning up their kid's vomit. (Steven Nibur)
____ Apparently I'm the only one that wants to drink beer at this intervention. (Ime Anass)
____ Is it a firm rule that you have to be an addict to check into rehab? Because that one in Malibu looks pretty nice. (Stacy Fournier) 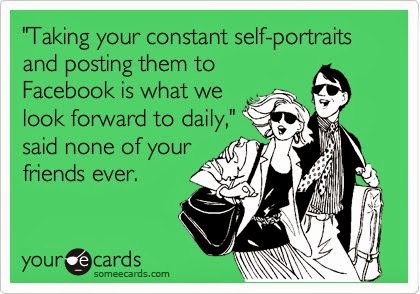